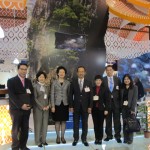 On 23 April 2013, H.E. Apichart Chinwanno, Ambassador of Thailand, attended the 21st Edition of the European Seafood Exposition (ESE) and 15th Edition of Seafood Processing Europe (SPE) held at Brussels Expo during 23 – 25 April 2013. These annual events are the biggest seafood trade fairs in Europe, attracting over 1,600 companies offering fine seafood and fishery products from every corners of the world.

For Thailand, the Department of International Trade Promotion, Ministry of Commerce of Thailand, brought together 15 Thai seafood and frozen food processors for a three-day product exhibition, sourcing and networking with their European clients.  Thai companies participating in the event included, for example, Golden Seafood International Co. Ltd., The Union Frozen Products, May Ao Foods Co., Ltd, and Seafresh Industry Public Co. Ltd.  Seafresh participated for the first time at the event but harbours a wealth of experience in terms of successful marketing and exporting strategy in foreign markets.  Moreover, J. M. Food Industry was also a hit with European consumers with their signature products of a convenient and ready-to-eat seafood dishes flavoured with Thai traditional knowledge.

On the first day, H.E. Ambassador Apichart visited the “Thai Pavillion: Green and Clean Kitchen of the World” and was accompanied by the Head of the Office of International Trade Promotion in The Hague, Netherlands.  The Ambassador met with Thai producers and exchanged views regarding the situation of the seafood industry in Thailand and Europe, opportunities and challenges, as well as the prospects in expanding Thai seafood market share in the European market.

On the same day, Ambassador Apichart attended and gave opening remarks at the Seminar entitled “Thai Seafood Industry in Compliance with the EU Requirement” which was co-hosted by the Office of Agricultural Affairs to the EU in Brussels and the Department of Fisheries of Thailand.  At the Seminar, Dr. Wimol Jantrarotai, Director-General of the Department of Fisheries, Mr. Patrick Deboyser, Advisor to the DG-SANCO, and Dr. Chanintr Chalisarapong, Vice President & Chairman of TUNA processors’ Group lively deliberated on the efforts by Thailand to combat IUU fishing, promote sustainable fisheries and the conservation of marine environment.

On the previous day before the formal opening of ESE and SPE events, Ambassador Apichart also delivered an opening speech at the Press Conference “Progress in sustainability Issues in Shrimps and Fish Culture” at the Royal Academies for Science and the Arts of Belgium.  The Press Conference was co-organized by the Department of Fisheries of Thailand and ASEM Aquaculture Platform in order to provide the opportunity for Thailand to showcase her successful efforts in the development of a sustainable seafood aquaculture industry.

Later in the evening, Ambassador Apichart hosted a dinner at his Residence in honour of the representatives from the public and private sector attending this year’s ESE and SPE.  Heads of the Office of Agricultural Affairs, Commercial Affairs, Science and Technology and Customs Affairs were also at the dinner. 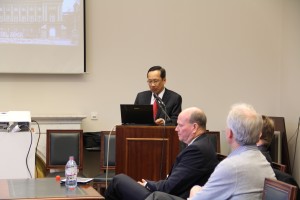 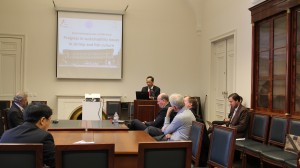 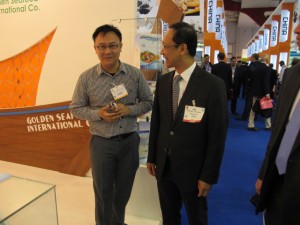 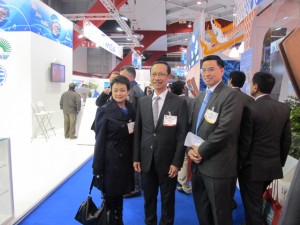 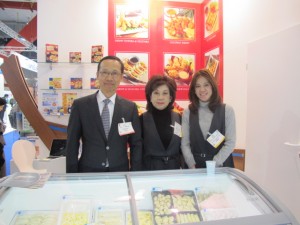 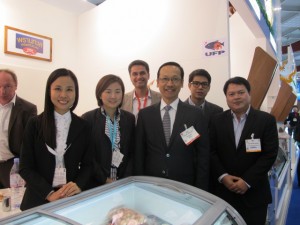 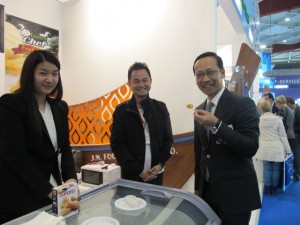 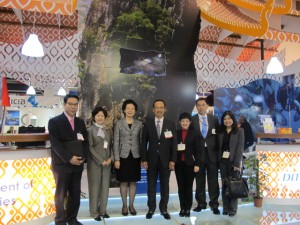 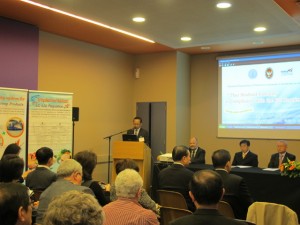 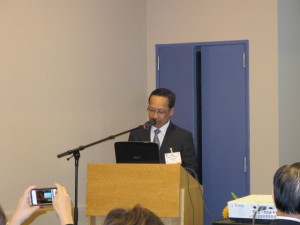 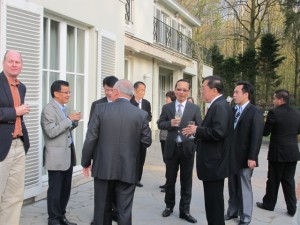 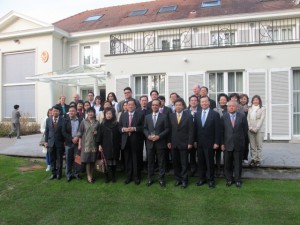 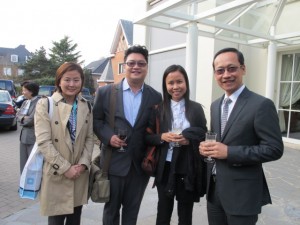