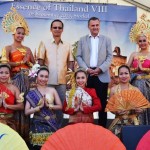 On Sunday 8 September 2013, the Royal Thai Embassy in collaboration with the Commune of Woluwe-Saint-Pierre organized “Essence of Thailand VIII” at Place Dumon, Brussels between 10.00-20.00 hrs. The event was a huge success and attracted approximately 20,000 visitors throughout the day.

This year’s event highlighted regional specialties from the 4 regions of Thailand – the North, Northeast, Central and South. Participating restaurants offered a variety of regional delicacies, such as “Som Tam” Papaya Salad from the Northeast, northern style Thai noodle soup, curries from the South and “Pad Thai” from the Central region. The Office of Agricultural Affairs in Brussels also promoted the use of Thai herbs in cooking Thai food. During the opening reception and during the day, Chef Joe Sathit Srijettanont from Blue Elephant and Chef Sombat Sirisuk from Sombat Thai Cuisine showed how to prepare simple, healthy and delicious Thai food using Thai herbs such as Spicy Prawn Salad with Herbs (Plaa Koong), Chicken Galangal Soup with Coconut Milk (Tom Kha Kai), and Stir-Fried Chicken with Fresh Ginger (Kai Phad Khing Sod).

Ambassador Apichart Chinwanno and Mayor Benoît Cerexhe delivered the opening remarks and welcomed guests to the event. Ambassador Apichart expressed his appreciation to the Mayor and the Commune of Woluwe-Saint-Pierre for their continued support in organizing “Essence of Thailand” for the eighth consecutive year, and Mayor Cerexhe noted that “Essence of Thailand” has helped promote cooperation and friendship between Belgium and Thailand.

Visitors enjoyed performances on stage throughout the day of Thai regional dances, “Muay Thai” Thai Kick-Boxing demonstrations and workshops, as well as a traditional Thai music and dance performance by Thai youths in Brussels who participated in a week-long cultural camp organized by the Embassy. In addition, a professional umbrella painting artist from Chiang Mai presented the art of Thai umbrella painting from the North, and participants had the opportunity to learn how to carve fruits, vegetables and soap and bring their personal creations home.

The Office of the Tourism Authority of Thailand from Paris and Brussels and Thai Airways were on hand to provide information about Thailand, and mascots from the Customs Office of Thailand entertained visitors and promoted the work of the Office of Customs in Brussels. This year’s lucky winner of the tombola for a Thai Airways roundtrip ticket for the direct flight between Brussels and Bangkok was Mrs. Pranee Jacobs. 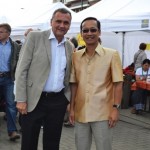 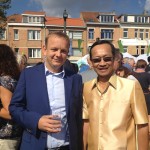 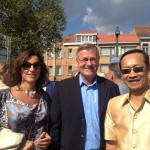 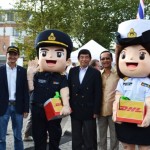 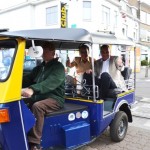 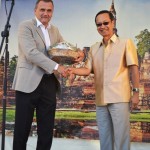 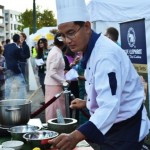 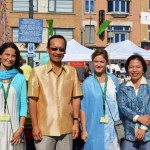 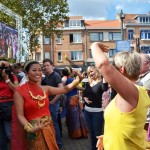 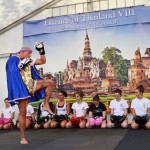 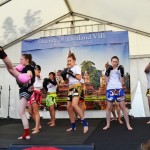 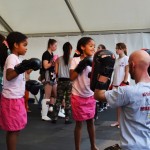 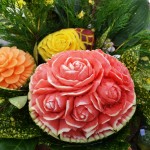 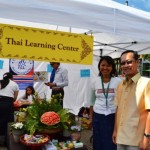 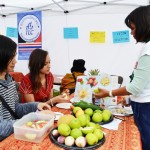 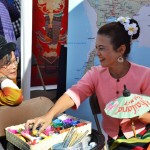 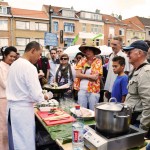 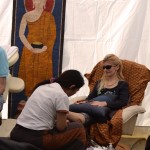 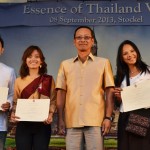 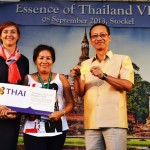 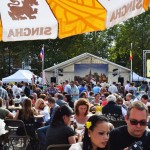 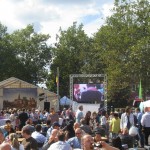 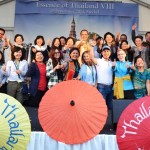