"The Next Era in Thai-China-ASEAN Relations" – Inaugural Address of Permanent Secretary, Ministry of Foreign Affairs of Thailand 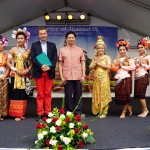 On Sunday 31 August 2014, the Royal Thai Embassy, in cooperation with the commune of Woluwe-Saint-Pierre, organized  “Essence of Thailand IX” during 10.00-20.00 hrs. at Place Dumon.  The ninth consecutive edition of “Essence of Thailand” was well-attended by almost 10,000 people despite the rain.

This year’s theme was “Thai Food: Good for Your Health!” in order to promote the health benefits of Thai food and familiarize Belgians and foreigners with Thai herbs.  Chef Joe, a well-known Thai chef from Blue Elephant Restaurant, demonstrated how to prepare quick and easy healthy Thai menus during the opening reception, and the Office of Agricultural Affairs in Brussels prepared healthy herbal drinks for visitors to taste.  In addition, Mr. Jean-Pierre Gabriel, photographer and food-writer who wrote the comprehensive “Thailand: The Cookbook,” explained the basics of Thai cooking introduced the essential herbs used in Thai cooking, as well as how to select the herbs, how to use it in Thai dishes, how to store it, etc. on stage throughout the day.

Ambassador Nopadol Gunavibool and Mr. Damien de Keyser, alderman of Woluwe-Saint-Pierre on behalf of Mayor Benoît Cerexhe, delivered opening remarks and welcomed people to the event. Ambassador Nopadol expressed his appreciate to Mayor Cerexhe and the city of Woluwe-Saint-Pierre for their continued support in the past 9 years. Mr. de Keyser noted that “Essence of Thailand” helped promote people-to-people relations between Belgium and Thailand.

Participants were entertained throughout the day by performances on stage such as, Thai traditional music by “Rao Rak Muangthai,” consisting of Thai youths who grew up in Belgium and participated in a week-long cultural camp in August, organized by the Royal Thai Embassy; Thai folk dances by the Thai Belles dance group from Thai-Vlac, Esaan Entertainment and Ram Thai dance group; and a “Muay Thai” Thai kick-boxing demonstration and work-shop by Olimpboxe Muay Thai.

Salaa-Thai restaurant won both the “Favorite healthy Thai dish” and the “Best Decorated Tent” competitions, and this year’s lucky winner of the tombola for a Thai Airways roundtrip ticket for the direct flight between Brussels and Bangkok is Mr. Serge Daubremem (number 2458). Other winners of the luck draw were Mr. Philippe Manderlier and Mr. Luciano Tintorri, who won a box of Chang beer and Monsoon Valley Thai white wine, respectively. 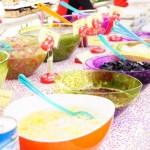 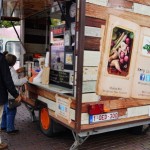 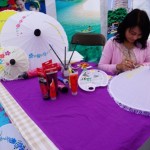 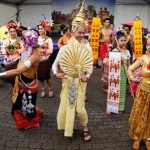 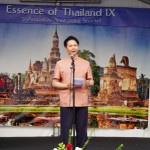 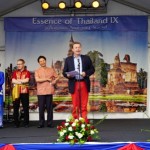 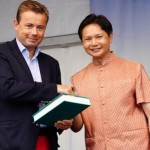 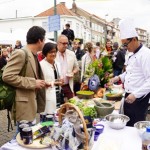 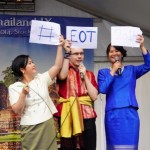 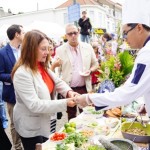 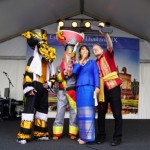 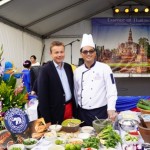 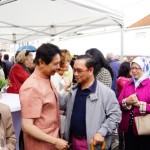 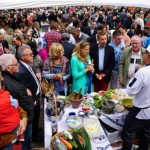 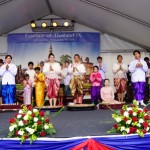 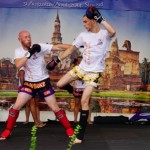 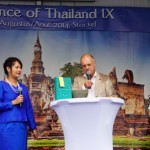 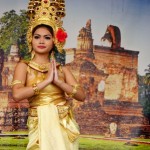 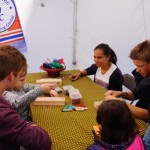 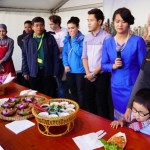 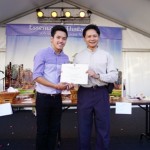 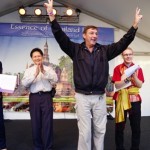 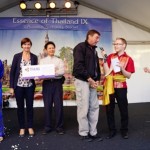