Response to Recent Reports on Forced Labour in Fisheries

Response to AP’s Investigative Report on Forced Labour in Fisheries 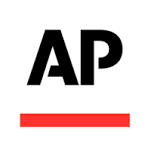 In response to an investigative report by the Associated Press (AP) published on 25 March 2015 on forced labour in the fishery industry alluding to involvement of Thailand’s interests, the Ministry of Foreign Affairs wishes to inform of the facts regarding Thailand’s efforts in the fight against human trafficking as follows.

1. The Royal Thai Government gives high importance to combating human trafficking and in bringing the perpetrators to justice to the fullest extent of the law. The Prime Minister has designated this issue as a top national priority and directed all relevant agencies to integrate their work in order to expedite anti-trafficking efforts.

3. The government has initiated measures to solve the problem at the root cause and mitigate risks in the long term. One such measure was the registration of at least 1.6 million foreign migrant workers, a majority working in the fisheries industry. These workers will receive the same legal protection as Thai labourers which will lessen their chances of being exploited.

4. The government has carried out a no impunity policy in punishing state officials involved in human trafficking. Criminal actions are being pursued against human traffickers, including brokers and illegal employment agencies. Investigations into complex cases have provided useful leads into a wider criminal network resulting in more significant arrests.

5. An improved monitoring and surveillance system in the fishery industry will be implemented. Measures include mandatory installation of vessel monitoring systems (VMS) in 7,740 fishing vessels to be completed this June along with regular random inspection of fishing vessels. A Port-in/Port-out surveillance will help monitor the labour welfare and develop a traceability system of catch throughout the supply chain.

6. Most importantly, the Royal Thai Government stands ready to cooperate with all stakeholders in suppressing human trafficking. We would welcome the contribution of the private sector, civil society and the media in providing credible information that could provide leads into further investigations and prompt apprehension of perpetrators.