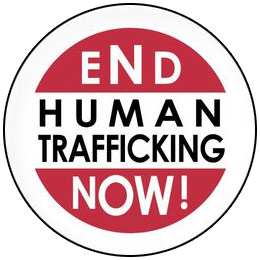 Thailand is trying to speed up proceedings against human trafficking cases by establishing a new criminal court division to directly handle the crimes which have marred the country’s human rights protection image.

The move comes as the United States is assessing Bangkok’s efforts to deal with human trade-related problems over the past year and is expected to release the result in its Trafficking in Persons report, known as TIP, at the beginning of next month.

Prime Minister Prayut Chan-o-cha has declared action against human trafficking as a national priority. Prior to the establishment of the new criminal court division, the government has been pushing for police, prosecutors and the courts to streamline their processes of investigation and prosecution.

The courts have also agreed that judges would try to conclude human trafficking cases within six months.

If necessary, an extension of six months is allowed but the aim is to conclude cases within one year once it reaches the courts.

The new court division is the latest measure the Thai government has announced, after it submitted an anti-trafficking report to the US on Mar 31 after the country was viewed by Washington last year as not doing enough to eradicate human trade.

With this new special legal arm, judges are expected to more effectively try “a number of cases” filed under the 2008 Prevention and Suppression of Trafficking in Persons Act, said Sorawit Limparangsi, spokesman for the Office of the Judiciary.

Its establishment, along with that of another two new divisions under the criminal court dealing with drugs and corrupt officials, has been recently announced in the Royal Gazette.

The three new structures, which were approved by the Judicial Administration Commission chaired by Supreme Court President Direk Ingkaninanda, became effective yesterday, according to the Royal Gazette.

Mr Sorawit said the commission had initiated the idea of setting up the new division before the Rohingya and Bangladeshi migration problem across the Andaman Sea came under the international spotlight.

The establishment of the new criminal court division to handle human trafficking cases has drawn attention from human rights defenders who said this will help deal with the problem more effectively.

Angkhana Neelapaijit, chairwoman of the Working Group for Peace and Justice, said the new division will help clear the backlog of court cases.

“We want to see those being tried by judges from this new criminal court division being punished as quickly as possible,” Ms Angkhana said.

“In the past, the court spent so much time considering each human trafficking case. It was too time-consuming.”

Many Rohingya and Bangladeshi migrants are believed to be victims of trafficking gangs after graves suspected of belonging to the two Muslim groups were found in Padang Besar in Songkhla’s Sadao district, which borders Malaysia, on May 1.

His case will be forwarded to the court if investigators gather evidence for his alleged involvement.

US authorities applauded Bangkok for this strict legal action, praise that raises hope for a more positive outlook from Washington.

In June last year, the US State Department downgraded Thailand to the Tip’s lowest status as the country was seen not fully complying with minimum standards to weed out human trade. The status has raised fears over the possible impact on Thailand’s export image and its future request for loans from global financial institutions.