MFA Hosts a Seminar on Responsible and Sustainable Fisheries

Updates on Thailand’s protection of labour in fishing industry 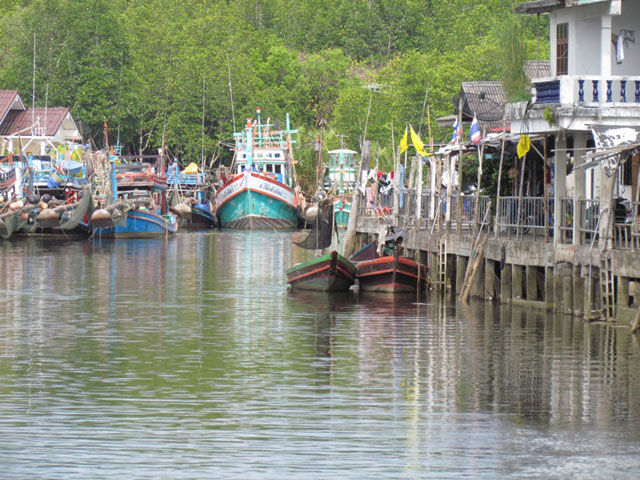 – Currently, there are approximately 151,000 migrant workers in sea fishing sector registered with Ministry of Labour. Among this number, the majority of workers are from Myanmar with less number from Cambodia and Laos respectively.

– There are two types of migrants in sea fishing industry in Thailand; (1) registered migrant workers through regularization scheme which has been opened periodically since 2013 and (2) migrants who came to work in Thailand through bilateral MOUs (22,225 workers from MOU scheme currently working on fishing boats in Thailand)

– In accordance with the recent Cabinet Decision on 3 March 2015, the 22 coastal provinces are to establish One Stop Service Centers for registration of fishing workers for 2 periods of three-month registration during a year.

– The rationale of the registration is to regularize and bring migrant workers in sea fishing sector under protection under Thai law. In addition, each worker will be provided with a temporary work permit, identification card and access to low cost (with universal coverage) health insurance offered by the Ministry of Public Health. Registered migrants are not only entitled to enjoy protection and welfare according to the Labour Protection Act, but also get access to social services provided with the same standard as for legal migrant workers.

Addressing demand of fishing labour in the long-run

– To resolve fishing labour shortage in the long run, the Government has outlined systematic cross-border employment of fishing workers as suggested by the National Legistration Assembly (NLA). The rationale is to recruit migrant workers through legal channel, including through bilateral MOUs with partner countries, in order for the workers to receive protection along the route. The guidelines also provide orientation scheme for migrant workers in sea fishing sector, including notification of their rights and other regulations related to working in fishing vessels, along with strong punishment for business operators who violate the law and recruit illegal migrant workers.

– The Ministry of Labour has revised the Ministerial Regulation on Labour Protection in Sea Fishery Work which has taken effect since December 2014. The Ministerial Regulation re-asserts existing provisions to meet international standard, including ILO Work in Fishing Convention (no. 188). The MOL also closely engaged ILO in drafting the regulation.

• Fishing workers are entitled to get minimum wage in accordance with Thai law.

• Employer must notify workers of their rights and must provide welfare and training on how to operate fishing gear as well as safety procedures and tools.

• In case where fishing workers get stranded in foreign countries because of their fishing conducts, employers must pay at least 50 percent of the minimum wage for the whole period of their stay.

• This Ministerial Regulation applies to commercial fishing boats of any size, with more than 1 crew on board.

– 28 PIPOs along coastal areas has been operational since 6 May 2015, with the mandate to check outgoing and incoming fishing vessels at ports. Officials from the Royal Thai Navy, Marine Department, Department of Labour Welfare and Protection (DLWP), Local Police, Department of Provincial Administration and local Fishery Association are stationed at the PIPOs to comprehensively check relevant documents before vessels can leave the port to make sure that they comply with all regulations under these authorities’ purview.

– Integrated fishing labour inspection has been implemented in 20 coastal provinces, standardized inspection form is used to indicate if the vessel is suspected of using child labour, forced labour or violence, as well as trafficking. Potential victims will be rescued immediately and promptly placed under protection by relevant agencies. The employer will be prosecuted in accordance with relevant legislation.

Ministry of Foreign Affairs of Thailand