Initial reaction from the Royal Thai Embassy, Washington D.C. to the release of the Trafficking in Persons (TIP) report by the U.S. Department of State : Thailand remains very committed to combating human trafficking and protecting victims 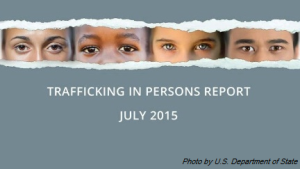 On July 27th, 2015, the U.S. Department of State released the Trafficking in Persons (TIP) report in which Thailand is maintained in Tier 3.

Thailand disagrees with the State Department’s evaluation in the report which does not accurately reflect the reality and fails to take into account significant efforts undertaken by the Thai Government on all fronts during the past year.

The Thai Government has maintained constant communications with the U.S. Government throughout the year and the U.S. side has acknowledged the strong political commitment and many efforts by Thailand. Tier 3 is for countries that have not made significant efforts to fully comply with the minimum standards. We firmly believe Thailand has made significant efforts and the concrete results thereafter have substantiated them.

It is clearly evident that, since coming into office in August 2014, the Thai Government has worked tirelessly to step up efforts to combat human trafficking. It has declared zero tolerance for human trafficking and made combating human trafficking a national agenda. It has worked in partnership with the civil society and private sector to mobilize the whole society and put in place systematic changes to tackle this problem. Significant progress has been made across the board in strengthening policy coordination, amending laws and regulations, ensuring better law enforcement with focus on high impact cases and dismantling criminal networks, streamlining and expediting judicial procedures, prosecuting offenders and protecting victims, raising awareness and expanding cooperation with partners in Thailand and abroad. These are in line with recommendations contained in the TIP report last year.

Thailand will not be discouraged by the finding of the TIP report. We believe that we have taken a number of significant steps in the right direction to combat human trafficking and will carry on with strong commitment and determination to do the right thing for victims of human trafficking, regardless of their nationalities. Thailand will not shy away from tackling problems, many of which will take time to resolve, and will continue to uphold our long tradition of humanitarianism. We will seek to further strengthen cooperation and partnership with all stakeholders at home and abroad to tackle this common challenge.