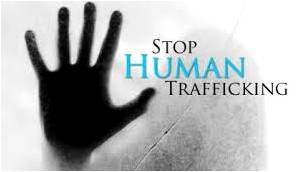 Thailand’s government said it disagrees with the findings of this year’s Trafficking in Persons (TIP) report released by the United States Department of State this week, as anti-trafficking civil society groups around the world criticized the report for its “blatantly political decisions” that they said have damaged its credibility.

“Thailand disagrees with the State Department’s evaluation in the report which does not accurately reflect the reality and fails to take into account significant efforts undertaken by the Thai Government on all fronts during the past year,’’ the Royal Thai Embassy in Washington D.C. said in a press release.

The report placed Thailand in Tier 3, the lowest ranking, for the second straight year despite comprehensive and significant efforts on the part of the government to turn the tide in the fight against trafficking. Tier 3 is defined as countries whose governments do not fully comply with the minimum standards and are not making significant efforts to do so.

“The placement of Thailand in Tier 3 does not accurately reflect the significant efforts undertaken by the Government and its partnership with private sector and civil society in making the tangible progress that has occurred on all fronts in the previous year,” read a statement from the Ministry of Foreign Affairs in Bangkok.

To support its argument that the government has initiated meaningful steps, the Royal Thai Embassy in Washington D.C. provided an extensive list of specific and concrete actions taken by the government to address each point raised by the United States in last year’s TIP report. The U.S. recommendations and the list of examples of actions taken by Thailand in response can be seen and downloaded at:

The list, while already weighty, does not include actions taken after the March 31 reporting cut-off date for the State Department’s evaluation. Since then, Thailand has arrested over 100 people including politicians, police and an army general for involvement in trafficking. It initiated and hosted a regional meeting to try and solve the problem of irregular migrants in the Andaman Sea.

Having made combatting human trafficking a national priority, the Thai government has stressed that it would continue to fight trafficking and improve its efforts no matter what ranking or evaluation it received in the U.S. report.

For more information and updates about Thailand’s policies and actions against trafficking in persons and related issues, visit www.thaianti-humantraffickingaction.org