Ambassador hosted a working dinner for the Minister of Foreign Affairs

A delegation from the Thailand-Belgium Parliamentarians Friendship Group visited Belgium 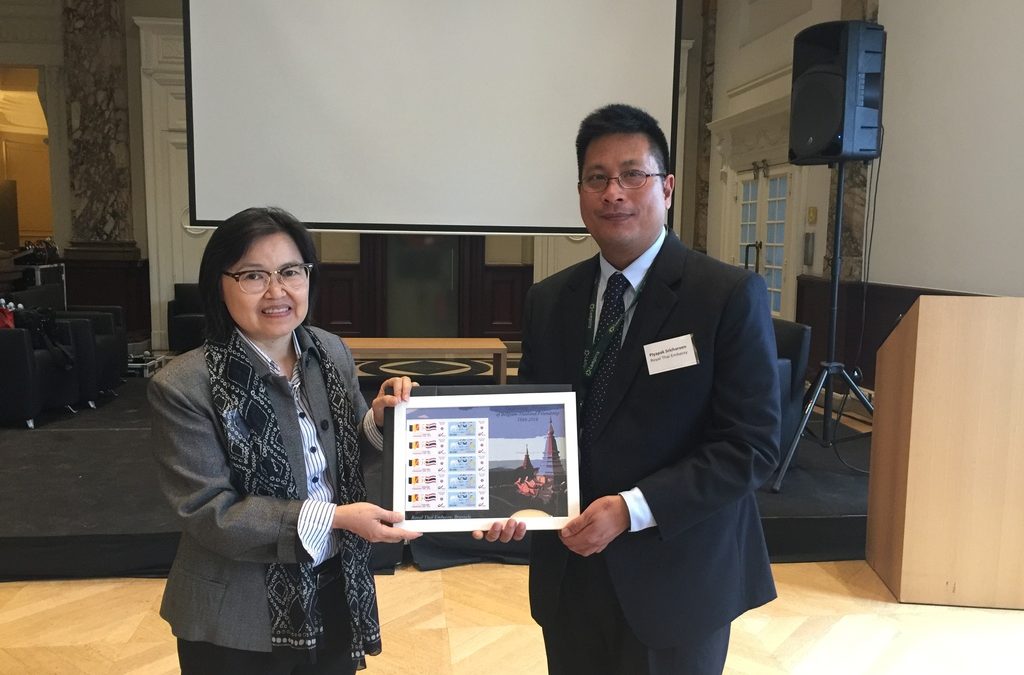 On 28 March 2018, the Board of Investment of Thailand (BOI) and the Royal Thai Embassy in Brussels co-organized the 5th Thai-Belgian Business Forum under the theme “Thailand: Taking off to new heights” at the House of the Capital Region (BiP), Brussels. Mr. Piyapak Sricharoen, Charge d’Affaires, welcomed the participants and updated on situation in Thailand. He was joined by Mr. Peter Lescouhier, Deputy Director of Asia Department, Federal Public Services of Foreign Affairs of Belgium, who noted the close cooperation and the series of activities being organized by Thailand and Belgium this year to celebrate 150th anniversary of Thailand-Belgium friendship.

Dr. Bonggot Anuroj, Deputy Secretary-General of BOI, delivered the keynote presentation on the Thai government’s current investment promotion policies, highlighting the “Thailand 4.0” strategy which focuses on transforming Thailand into a research and innovation-led economy. She also introduced the Eastern Economic Corridor (EEC) mega project, a flagship endeavor of the Thai government which aims to develop a comprehensive and integrated new industrial area in the Eastern coast of Thailand with efficient logistics connections with the mainland Southeast Asia and beyond. This was followed by a presentation by Mr. Duangarthit Nidhi-U-Tai, Minister and Commercial Attaché, on the state of play of various FTA schemes and negotiation.

Mr. Alexis Brouhns, Director General of Government & Public Affairs, Solvay, shared his company’s experience doing business in Thailand and the reason Thailand was chosen as the company’s strategic hub to the Asia and Pacific. He was later joined by Mr. Dirk Lannoo, Vice President of Katoen Natie, Mr. Kris Van Puyvelde, CEO of Royal Botania, and Mr. Egbert Lox, Senior Vice President Government Affairs, in a business forum and Q&A, where all four senior executives noted the stability and enabling economic environment in Thailand as one of the biggest advantages of doing business in Thailand.

The annual event, which attracted more than 100 participants from both private and public sectors in Belgium, concluded with a networking reception and a Thai cultural performance. 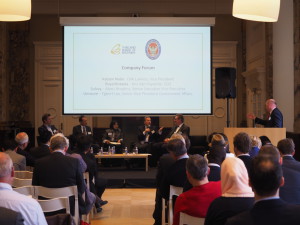 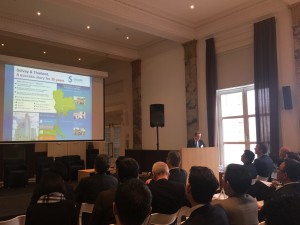 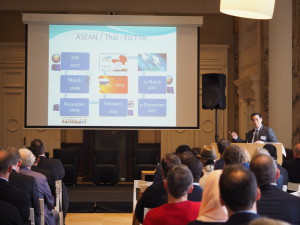 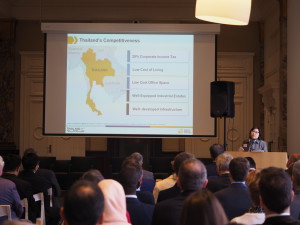 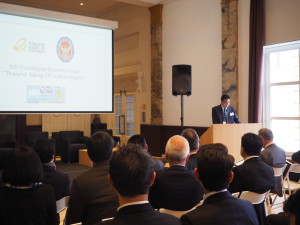 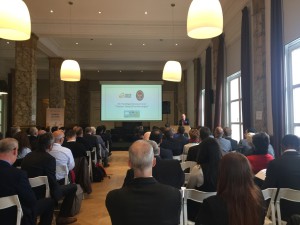