MFA Press Release: Thailand’s Response to the Comments of Human Rights Watch on the Protection of Labour in Fisheries Sector 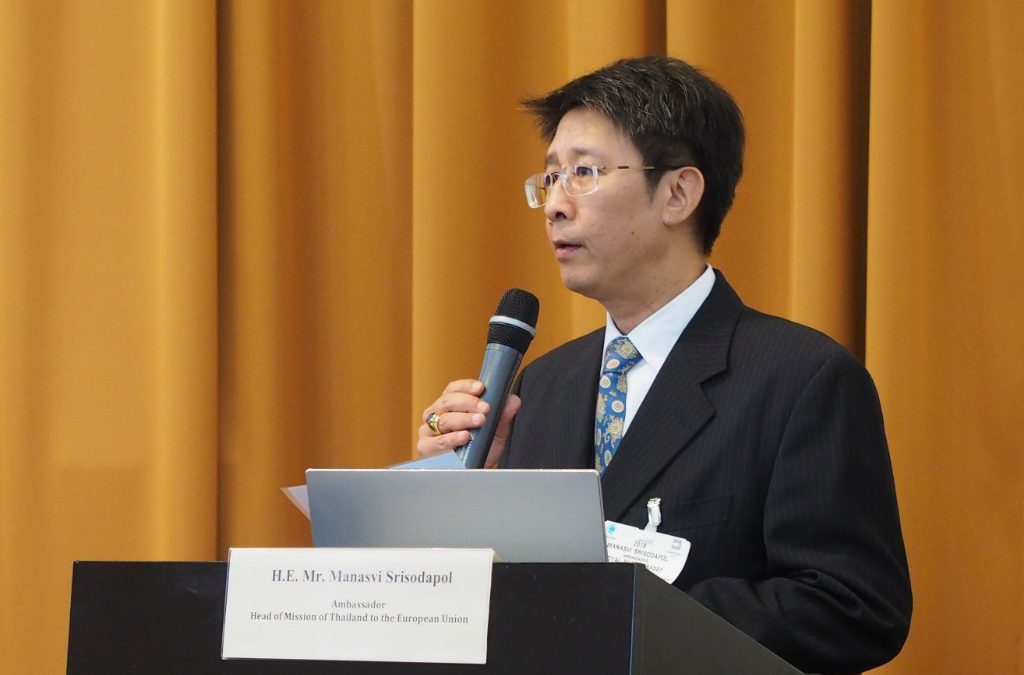 On 24 April 2018, H.E. Mr. Manasvi Srisodapol, Ambassador of the Kingdom of Thailand to Belgium and Head of Mission of Thailand to the European Union, presided over the opening of the seminar “Thailand’s Path to Sustainable Fisheries” which was held during the Seafood Expo Global 2018 in Brussels, Belgium. The seminar aimed to showcase Thailand’s progress in tackling the illegal fishing to the wide audience, consisting of exporters/importers of fisheries products, and members of press and civil society organizations across the world. The Thai panelists included representatives from the Department of Fisheries, the Ministry of Labour, the Royal Thai Police, Thai Tuna Industry Association, and Stella Maris.

Ambassador Srisodapol delivered an overview of Thailand’s progress in tackling the illegal fishing which reflected Thailand’s determination towards achieving the Zero Tolerance policy. This was recognized by the international community as the overhaul of Thailand’s fishing industry, resulting in being one of Asian region’s most advanced control systems and one of the most comprehensive legal frameworks.

Mr. Adisorn Promthep, Director-General of the Department of Fisheries, reiterated that Thailand’s legal framework and the control mechanisms had been effectively developed with a view to achieving the IUU-free Thailand. Pol. Lt. Col. Rachatachoke Sauyklang, from the Royal Thai Police, further provided the updates on the legal proceedings of prominent illegal fishing cases as well as measures taken to strengthen the law enforcement, while Mrs. Petcharat Sin-auay, Deputy Permanent Secretary of the Ministry of Labour, also gave an update on the development in labour issues which was propelled in parallel with the technical dimension of the fisheries reform.

Mr. Chanintr Chalisarapong, President of the Thai Tuna Industry Association, expressed the Association’s commitment to joining hands with all sectors, namely the Government, private sector, civil society, and the International Labour Organziation (ILO) to promote the sustainable fisheries as well as adhere to the code of conduct of the labour ethical practice throughout the entire production chain. Previously, the Association has also informed the United Nations Working Group on Business and Human Rights of the compliance policy for its members during the Working Group’s official visit to Thailand during 26 March to 4 April 2018.

Ms. Apinya Tajit, Deputy Director of Stella Maris, asserted that her statement was made on behalf of the civil society sector, not on behalf of the Thai Government, to reflect the reality of the Government’s efforts in addressing the labour problems which was now much better than before. She emphasized that this was a common responsibility of all sectors. The civil society sector was now more engaged with the Government in tackling this issue. Everyone should focus on the present and the future, rather than bringing up outdated information to undermine the morale of those who have worked tirelessly to bring about such drastic improvements. 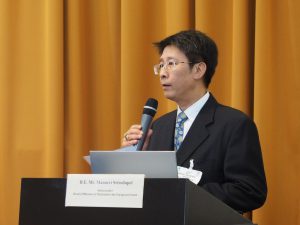 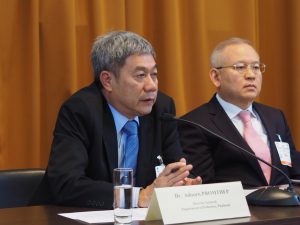 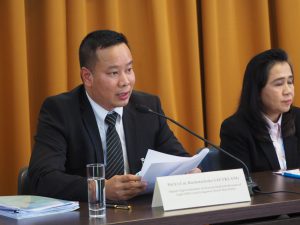 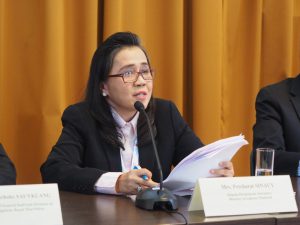 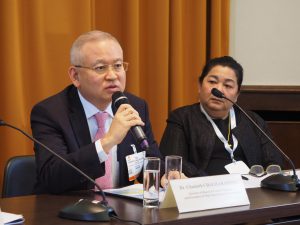 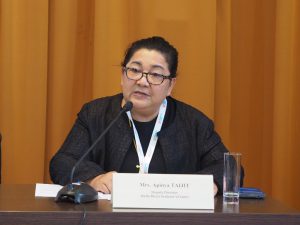