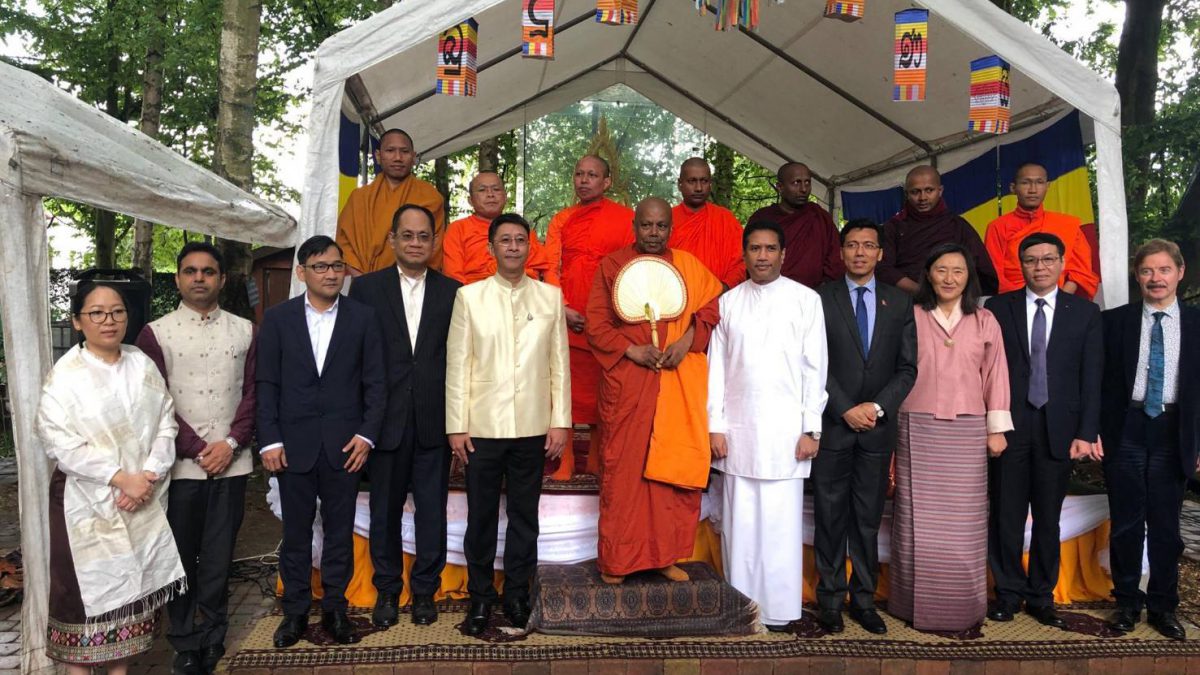 On 25 May 2019, the Royal Thai Embassy joined the Embassy of Sri Lanka in Brussels in co-organizing a Vesak Day commemoration, with participation from Embassies of other Buddhist countries namely Bhutan, Cambodia, Laos PDR, Nepal, India, Myanmar and Vietnam, at Thai Dhammaram Temple in Waterloo.

Leading the religious ceremony were venerable abbots and monks from Paris, Brussels, Waterloo, and Liège. The Thai Ambassador gave remarks on how Vesak Day was an opportunity to reflect on the Lord Buddha’s teachings, in particular on mindfulness and compassion, and on the history of the Dhammaram Temple established as the first Thai temple in Belgium 2 decades ago, by the then Thai Ambassador, the late Dr.Sukhum Rasmidatta, and a group of Thais residing in Belgium. Ambassadors of all partcipating countries also gave remarks, as well as Mr. Carlo Luyckx, President of the Buddhist Association of Belgium.

Attending the event were the Sri Lankan community in Belgium, staff and families of the participating Embassies, as well as other Buddhists living in Belgium. 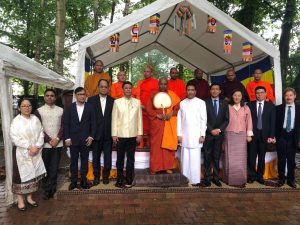 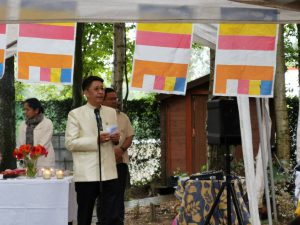 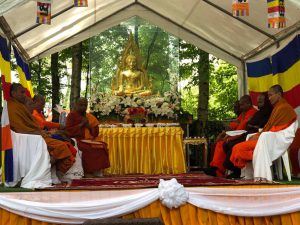