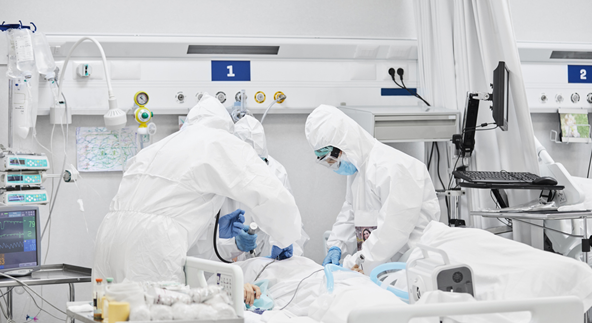 An exploration of Thailand’s public health system and pre-emptive measures to intercept COVID-19 transmissions along the Myanmar border.

Quality healthcare in Thailand is not defined by a high price tag, but rather by its high levels of public accessibility. From birth, Thai citizens instantly become eligible for basic health insurance which enables them to receive subsidized services at their local hospital. “Good health should come at a low cost” according to Suwit Wibulpolprasert, who spent over two decades analyzing Thailand’s health services at the Ministry of Public Health. This scheme has enabled a far reaching system of accessible healthcare in Thailand which has been praised by the World Health Organization as one of the leading models of social insurance schemes in the Southeast Asia Region.

Despite not being a Thai citizen, expats will still find that local clinics, dentistry practices, and dermatologists are readily available and can be found operating entirely on a walk-in basis. All health complaints ranging from a common cold to more compromising illnesses are fully addressed by these facilities without question. This method eliminates barriers to medical services such as the conundrums of organizing a GP appointment, waiting weeks for common dental services, or facing inexplicable discrepancies over the cost of health care.

The competency of Thailand’s public health system was put to the test in the wake of the COVID-19 pandemic which resulted in new schemes such as free treatment of COVID-19 for Thai citizens. As of October 14st 2020, Thailand’s containment of the first wave was largely deemed a success story with only 3,652 positive cases in which 3,457 have been discharged.

In spirit and in practice, Thai citizens are all protected by Universal Coverage. However, another statistic provided by a 2006 study on the UC indicates that the number of Thai policyholders reflects but 79% of all residents. The remaining 21% are those who either do not make use of this scheme, or those who lack awareness about their rights to such provisions. These numbers also tend to fluctuate depending on people leaving and entering the country. Along Thailand’s shared borders with Myanmar and Laos, local hospitals would regularly report a large number of stateless patients, unregistered displaced persons, and cross-border patients arriving at their doorstep. These known circumstances have prompted new COVID-19 concerns in border provinces such as Tak and Chiang Mai while cases in Myanmar have climbed to 30,437 as of mid-October 2020. Bangkok residents have therefore started to question whether the second wave of Coronavirus will strike Thailand from the border rather than from international flights carrying home potentially infected Thai passengers.

A study conducted in 2012 by the HSRI, a Thai research office on Health Coverage, has shown that cross-border healthcare has been a largely preferred method amongst impoverished Lao and Burmese populations that live along Thailand’s borders. State hospitals in such areas are often forced to admit sick patients that have travelled across natural passageways to seek their assistance. With the majority of patients being unable to pay for their treatment, public hospitals have resolved to utilize their own funds to subsidize the medical fees of vulnerable minority groups. It is important to note that stateless Thais also fall into this group due to their unclear status and lack of identification. Dr. Narin Jaroensubphayanont a lecturer at Khon Khaen University believes that the public health system will also face a “growing burden in expenses” due to the “increase of the elderly and the demands of advancing medical technology.” 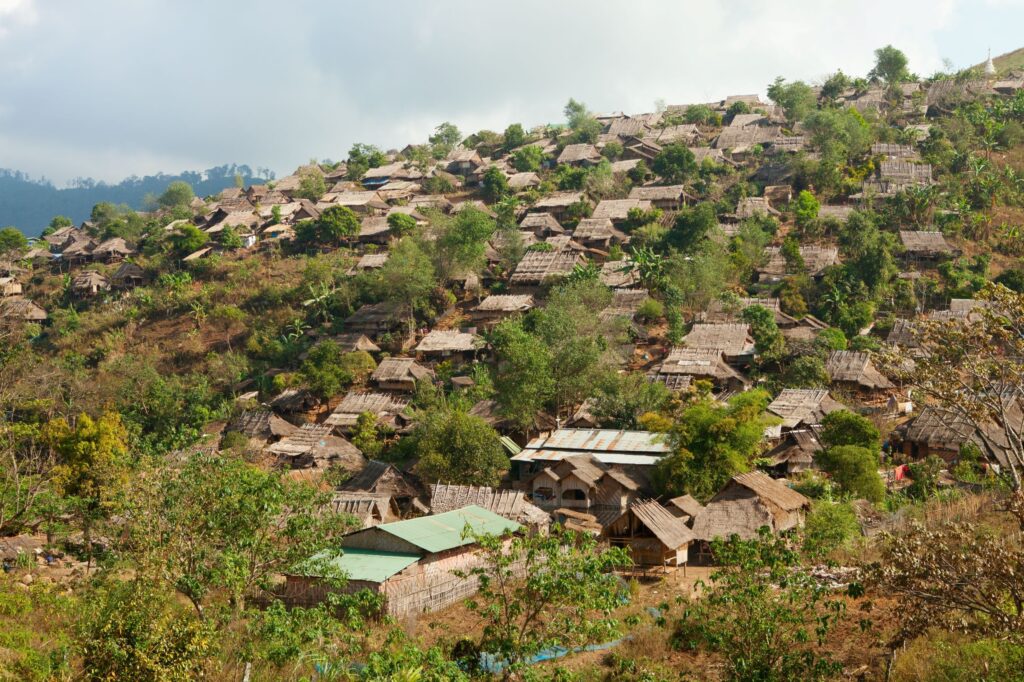 Nevertheless, Thai authorities have organized insurance schemes which allow registered stateless persons and migrant workers to receive protection regardless of these challenges. The remaining issue which Thailand heavily prioritizes is how to raise awareness about health insurance to the public. It has also been reported that a number of Thai people unaware of this scheme remain hesitant to take their children to the hospital due to their perceived lack of funds. Certain groups such as undocumented urban refugees and illegal migrants still fear prosecution or deportation should they seek aid from hospitals.

Based on statistics from 2016 provided by Hfocus, an independent news website focusing on health issues, public hospitals situated in border provinces along the Myanmar border incurred the highest amount of medical debts from stateless and foreign patients who were unable to cover their bills totaling 431,081,275 Baht. This number encompasses 74% of all unpaid medical bills accumulated from this group in Thailand. In this regard,Thai hospitals in border provinces have shown a remarkable sense of responsibility towards any person regardless of their status, nationality, or ability to finance their treatment. Through these unconventional methods, the medical staff in such locations have independently promoted a safer environment for displaced persons and vulnerable minorities.

It is important to note that cross-border healthcare is a common world-wide phenomenon that is heavily studied in new members of the European Union. Directives enshrined by the European Court of Justice help ensure that member states receive equal reimbursement for admitting cross-border patients. Concrete authorization systems and national contact points also allow for the exchange of patients in the European Union context to remain mutualistic. The same however cannot be said for Thai, Myanmar, and Lao border hospitals who lack the mechanisms to charge their foreign patients. However, this obstacle has not deterred Thai medical staff from providing healthcare to those who need it. The driver of such actions lies within the spirit of Thailand’s Universal Health Care policy which aims to comprehensively provide everyone with human security.

This brings the question of how Thailand should prevent a possible second wave from neighboring countries.

The standard disease control procedures have been modified to specifically manage potential risks from local Coronavirus transmissions. The Ministry of Public Health has trained medical personnel to conduct extensive contact-tracing as well as mass testing of individuals in risk areas. The investigation would begin with testing one individual and a web of contacts would be followed to identify paths of transmissions outward into the larger community. The team is always on standby to move into any local areas within a 24 hour notice to conduct investigations.

The Thai Border Police have recently identified 2 cases of foreign drivers infected with COVID-19 through systematic screening at the border. Upon hearing this news, 6 COVID testing vehicles were sent to Mae Sot to investigate the potential threat of transmissions.

As of mid-October 2020, 3 new cases have been identified from contact tracing and active testing of over 4,187 people. The cases identified were relatives of the driver who lived in Mae Sot Province who are now receiving a second test at Mae Sot Hospital. These results still must be re-confirmed according to medical experts.

More recently the Disease and Control Team have been dispatched to Samui Island to urgently investigate the case of a French woman who has correctly followed quarantine procedures but later tested positive during her holiday. Within a few days of contact tracing the team uncovered traces of COVID-19 on gym equipment at the Samut Prakan ASQ facility where the woman stayed. The necessary adjustments to facility protocols were made immediately to prevent any further possibility of transmissions between guests. Over 100 people have been tested by the team in Samui in which all tests have returned negative. 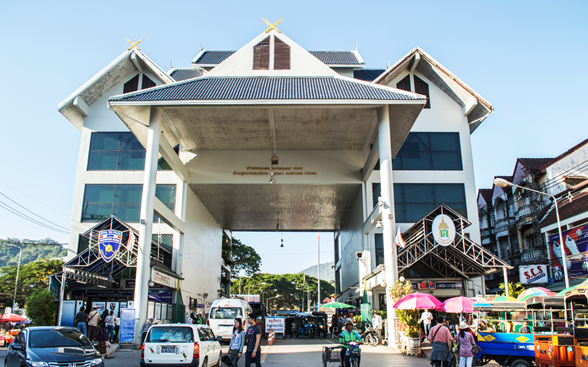 Security patrols on the Thai-Myanmar border have now been increased across 542 kilometers according to Bangkok Post, with some areas already under 24 hour patrols by the Thai Border Police. These measures are to ensure that illegal migrants carrying the virus will not trespass through natural barriers. Tak’s border crossing is now closed to halt possible transmissions while active testing continues in Mae Sot.

Whether the second wave of transmissions will occur from the border, the real question is whether Thailand’s measures will appropriately tackle such matters. As the pre-emptive measures of the Disease and Control Department have already successfully contained the first set of potential new cases, it is evident that Thailand is ready to face such challenges.