IF YOU LIVE IN BANGKOK, THERE IS A SLIM CHANCE THAT YOU WOULD MISS NOTICING THE EXTRAVAGANT BANG SUE GRAND STATION WHILE DRIVING ON THE SRI RAT EXPRESSWAY. IF YOU GET STUCK UP THERE IN A TRAFFIC JAM, WHICH IS COMMON IN THIS CITY, YOU COULD EVEN SPEND TIME TO CAREFULLY STUDY THE FUTURISTIC STRUCTURE FROM DIFFERENT ANGLES.

Its function is explicitly hinted from its exterior that has a New York’s Grand Station-like vibe. The station is Thailand’s next mega infrastructure project which will not only help ease Bangkok’s infamous traffic congestion, but also support the country’s role as a regional transportation hub. It is positioned to strengthen Thailand’s railway system and its connections with the regional transportation network, hence enhancing economic growth. This grand station is on its way to becoming another top attraction in Bangkok – a new landmark with an external design inspired by Hua Lamphong Station but with a modern twist recognizable from miles away.

If there is one word to describe the rationale of this project—it is mobility. Thailand has great ambitions to use its railway network to transport passengers and goods more effectively and more economically, particularly to lower its logistics cost which stands around 13.6% of GDP in 2018. Since the inception of the railway system in Thailand in 1893, this is probably the first bold move to upgrade the system at a mega scale.

Bangsue Grand Station is just one piece of the whole jigsaw puzzle, albeit a major one. It will replace the grande dame Bangkok Station or Hua Lamphong as the capital’s railway hub with a much larger capacity and seamless connectivity to match Thailand’s regional ambitions. Besides intercity trains, it will also serve underground, commuter and high-speed trains that link Suvarnabhumi, Don Mueang, and U-Tapao international airports. The 220 kilometres train route between Don Mueang in Bangkok and U-Tapao in Rayong province could be traveled in under an hour, ready to transport Bangkokians to hit the Rayong beach in only a heartbeat. 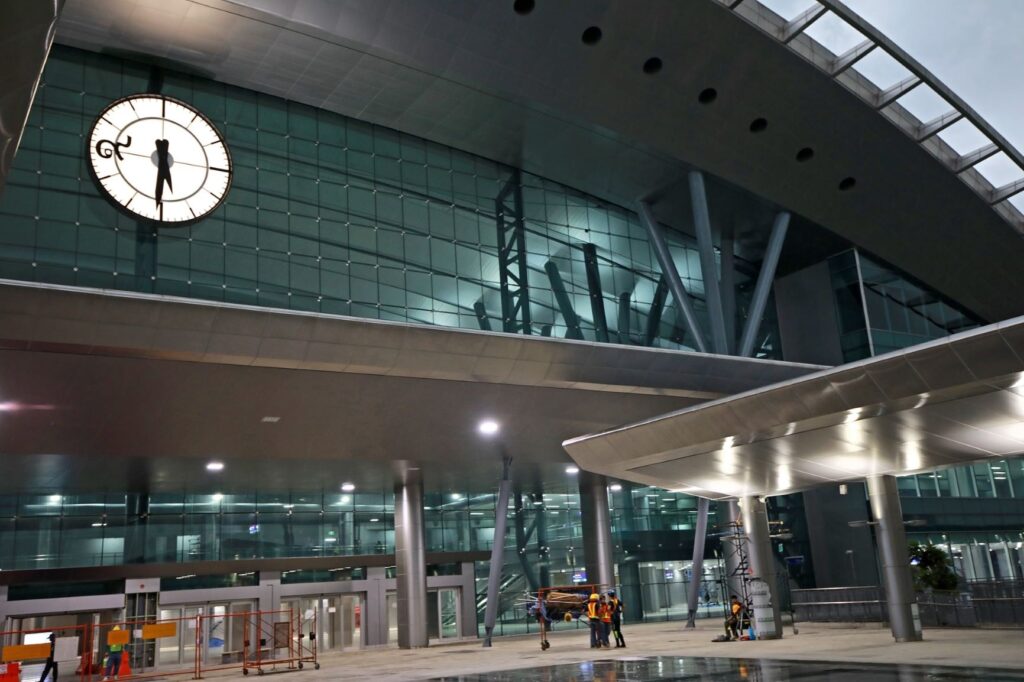 To date, the external construction of the station has already been completed, and only interior tweeks are required for the station to be fully functional by 2021.  The station covers an area of 1,280 acres, and is set to be the largest railway station in Southeast Asia. Standing four stories high, with 12 platforms and 24 tracks, Bang Sue Grand Station can accommodate 26 to 40 trains at the same time, with a daily passenger capacity as high as 600,000 persons or ten times more than its century old predecessor Hua Lamphong Station. Think about it. More trains means less waiting time and faster travels. 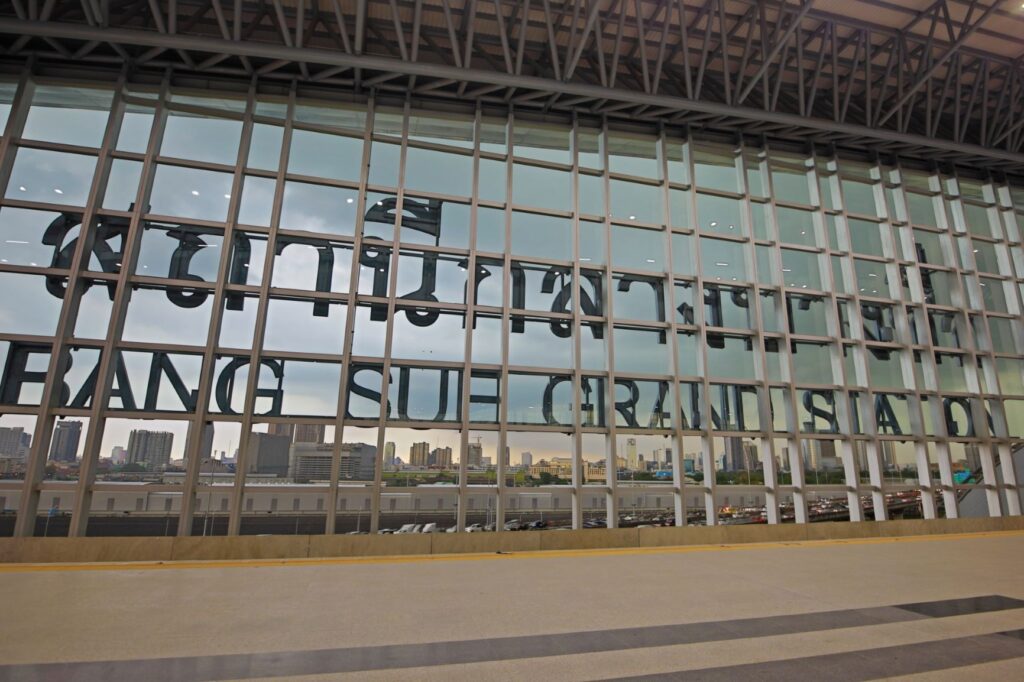 People living in surrounding areas of Bangkok, the next generation of rail services will enable them to skip the traffic and hop on the ‘Red Line’ commuter trains. There are two routes in the Red Line; the north-south ‘Dark Red Line’ from Ayutthaya to Ratchaburi for a distance of 114.3 kilometres, and the west-east “Light Red Line” connecting Nakhon Pathom with Chacheongsao in 127.5 kilometres.

For those looking forward to hopping onto the first high-speed train, the journey also starts at Bang Sue Grand Station, as the station will offer a platform for extended high-speed railway projects in the upcoming decades.

The first high-speed train project to be materialised is the route from Bangkok to Nong Khai, a Thai-Sino collaboration to connect Thailand with Lao PDR and China. The first phase from Bangkok to Nakhon Ratchasima spanning 250.77 kilometres is under construction right now. The rest of the route linking Nakhon Ratchasima with Nong Khai covers a distance of 356.1 kilometres. Once completed, this project will enable travellers from Bangkok to reach Nong Khai in just three hours’ time instead of the usual 11-hour train ride or the 8-hour drive on the road.

Consequently, Bang Sue Grand Station and Thailand’s railway network will enhance ASEAN intraregional connectivity and could, in the foreseeable future, be extended to link with China’s Belt Road Initiative (BRI) or other prospective bilateral or regional logistical projects.