Thailand and the European Union foster cooperation in Circular Economy 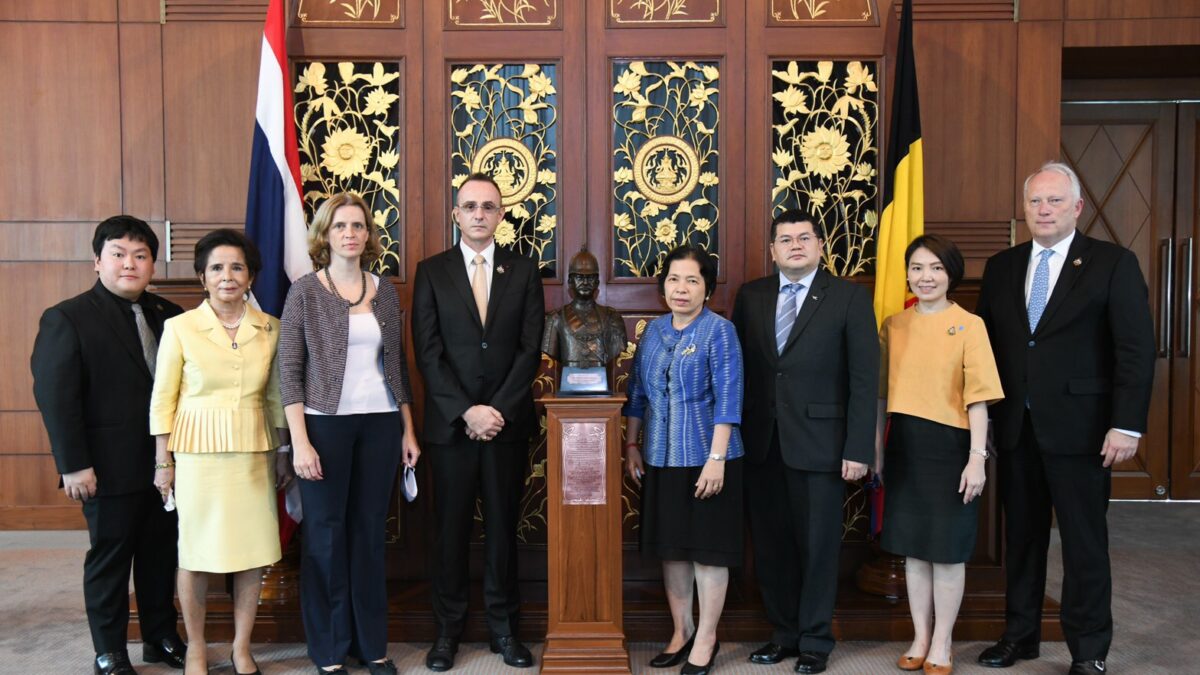 The Ministry of Foreign Affairs received the statue of Chao Phya Abhai Raja Siammanukulkij to be erected at the Royal Thai Embassy in Brussels.

Chao Phya Abhai Raja Siammanukulkij or Gustave Rolin-Jaequemyns was a Minister of Interior of Belgium and a Belgian jurist who served as General Advisor to His Majesty King Chulalongkorn during 1892-1901. He was the first foreign Chao Phya (noble title) in the Rattanakosin period. His numerous duties and missions in Siam spanned from the negotiation with the French Government during Siamese-French border disputes, giving advice to royal princes on their studies abroad, and working to improve the legal and administrative system of Siam to be on par with other countries.

The bronze statue of Chao Phya Abhai Raja Siammanukulkij was designed and sculpted by Mr. Therdkongton Tortid, a talented Thai artist. Seven copies of the statues were produced and erected at places significant to Thai-Belgian relations to commemorate an exceptional figure who did an incommensurable service for Siam and contributed much to the flourishing relations between Belgium and Siam. 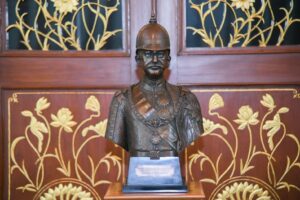 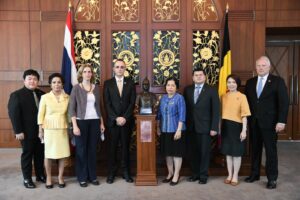 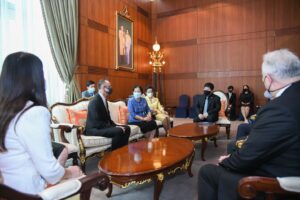 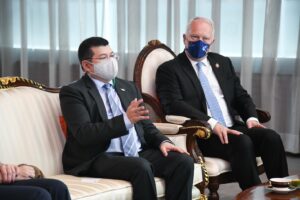 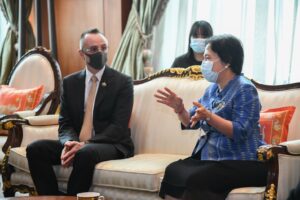 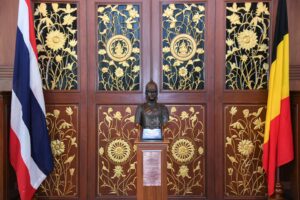