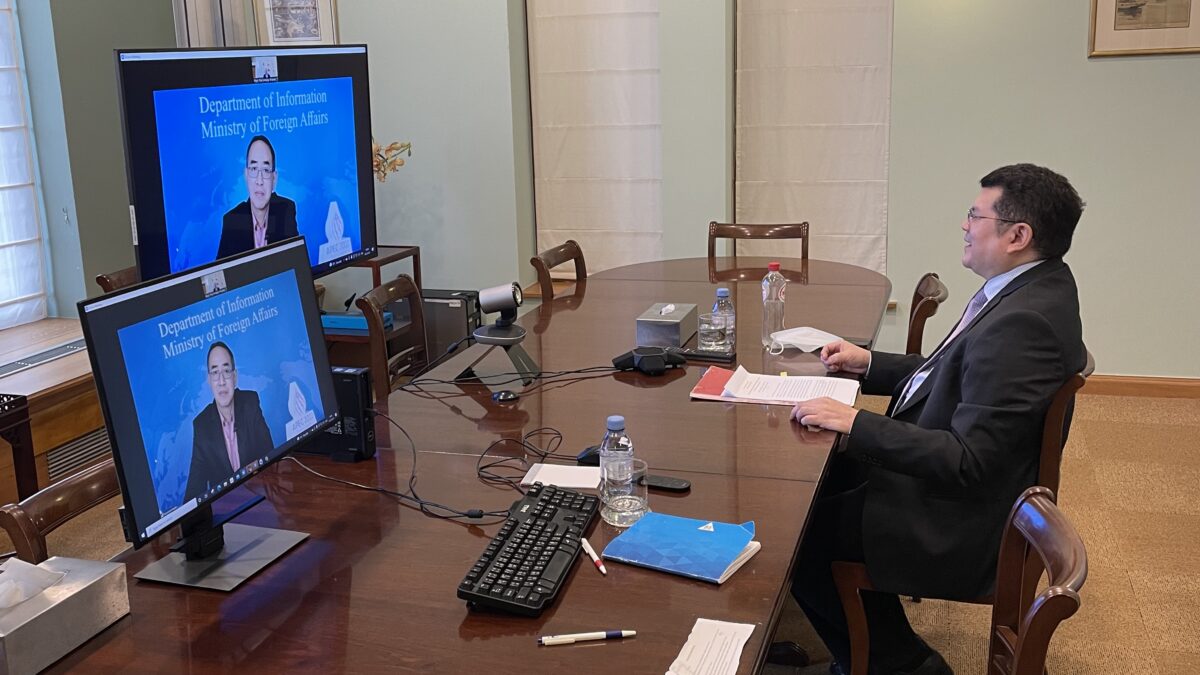 On 14 February 2022, His Excellency Mr. Sek Wannathee, Ambassador and Head of Mission of Thailand to the European Union (EU), was interviewed, online, by Mr. Tanee Sangrat, Director-General of the Department of Information and Foreign Ministry’s Spokesperson, for “Spokesman Live” programme”. Ambassador Sek discussed ways and means by the Royal Thai Embassy in advancing Thailand’s relationship with the EU, Belgium and Luxembourg, respectively, as well as the role of the Foreign Ministry and its Missions’ abroad in assisting Thai nationals living overseas. He also discussed important foreign policy initiatives of the EU, especially its Strategy for Cooperation in the Indo-Pacific and the European Green Deal and its potential impact on Thailand and ASEAN. 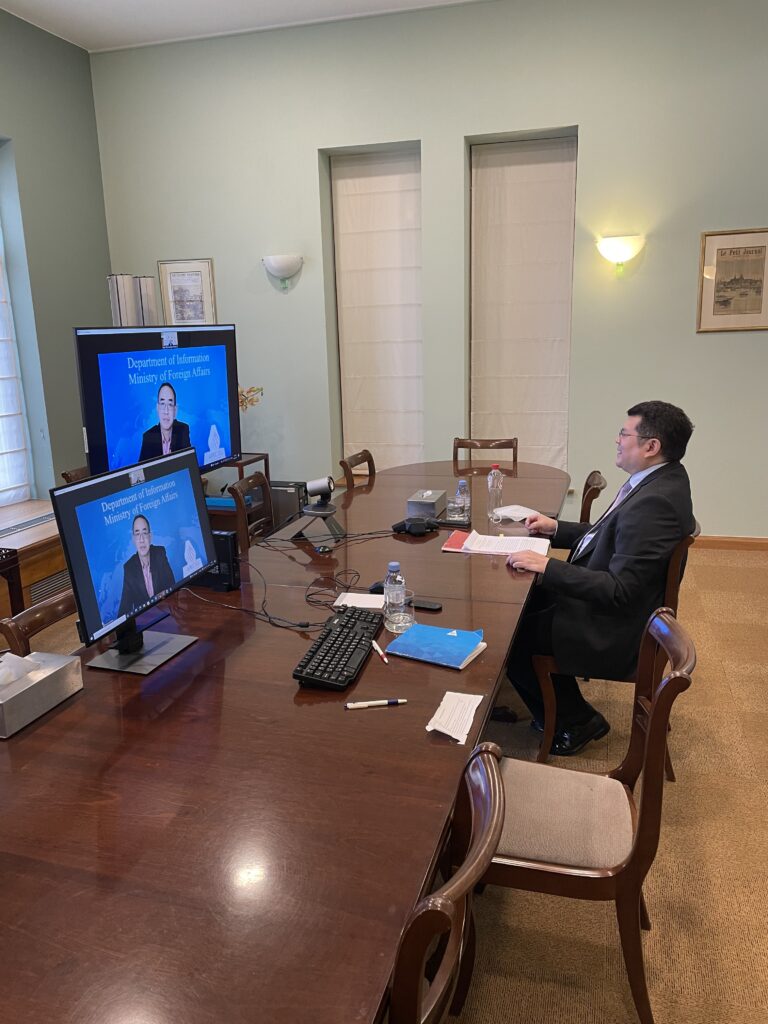 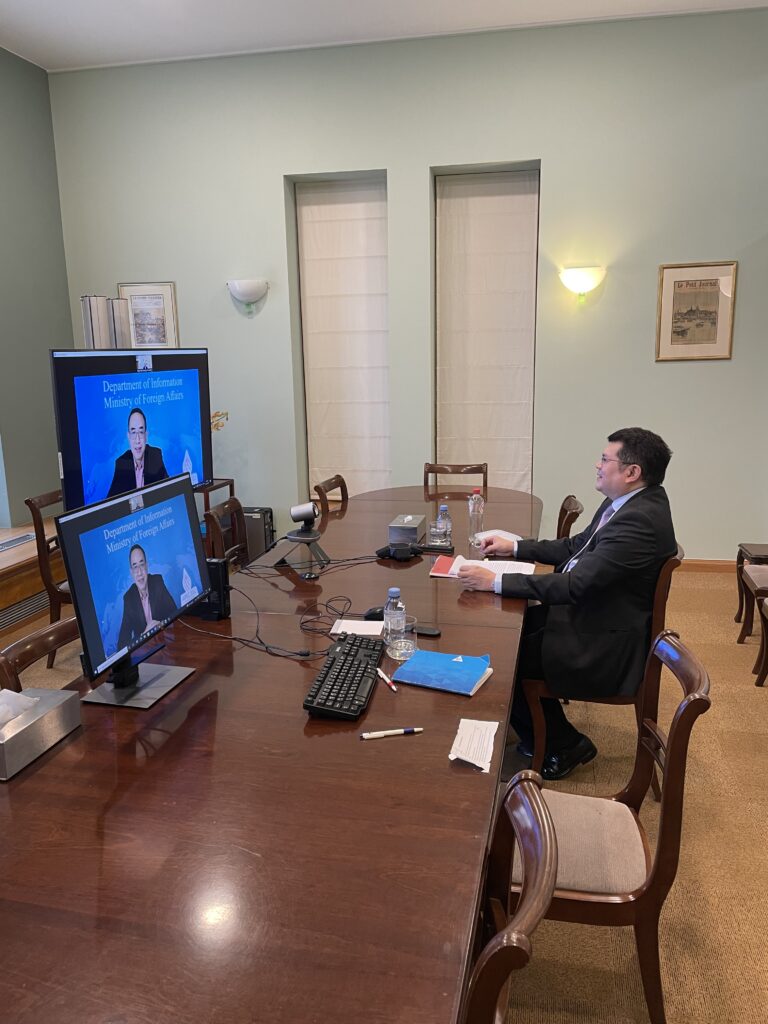