The Royal Thai Embassy in Brussels organized a book signing ceremony on the auspicious occasion of His Majesty the King of Thailand’s Birthday, 28 July 2022 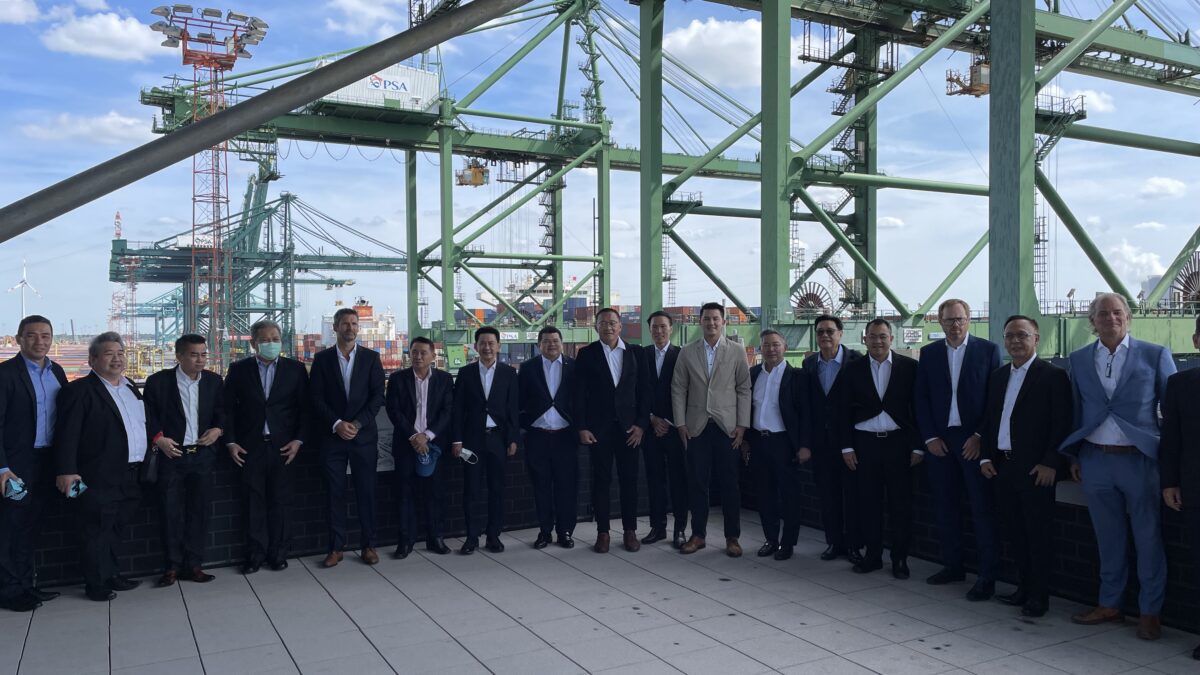 On 1 August 2022, H.E. Mr. Sek Wannamethee, Ambassador of Thailand to Belgium, had a working a lunching with a delegation from the Port of Authority of Thailand, led by H.E. Mr. Atirat Ratanasate, Deputy Minister of Transport, at Chez Leon restaurant in Brussels, on the occasion of latter’s visit to Belgium and the Netherland.  Mr. Chayatan Phromsorn, Permanent Secretary of the Transport Ministry and executives from the Port Authority of Thailand also participated in this luncheon. On 2 August, the Ambassador joined the official delegation and visited the Port of Antwerp where they had fruitful discussions with the port’s executive on ways to enhance cooperation in developing green port and enhancing technology and innovation for port management. After this visit, the Ambassador and delegation had a working lunch with the CEO of PSA Belgium, the Port of Antwerp’s largest container handler, and his team and later visited the Noordzee Terminal (one of the port’s terminal whose containers are managed by PSA) where they were briefed on PSA’s business activities. 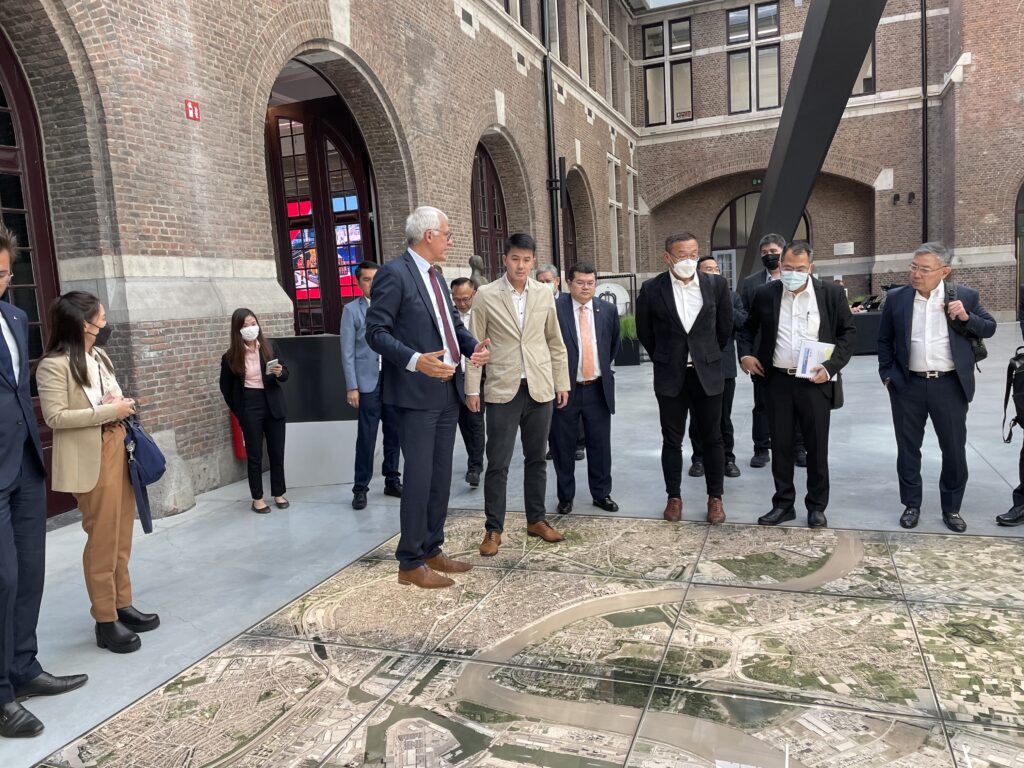 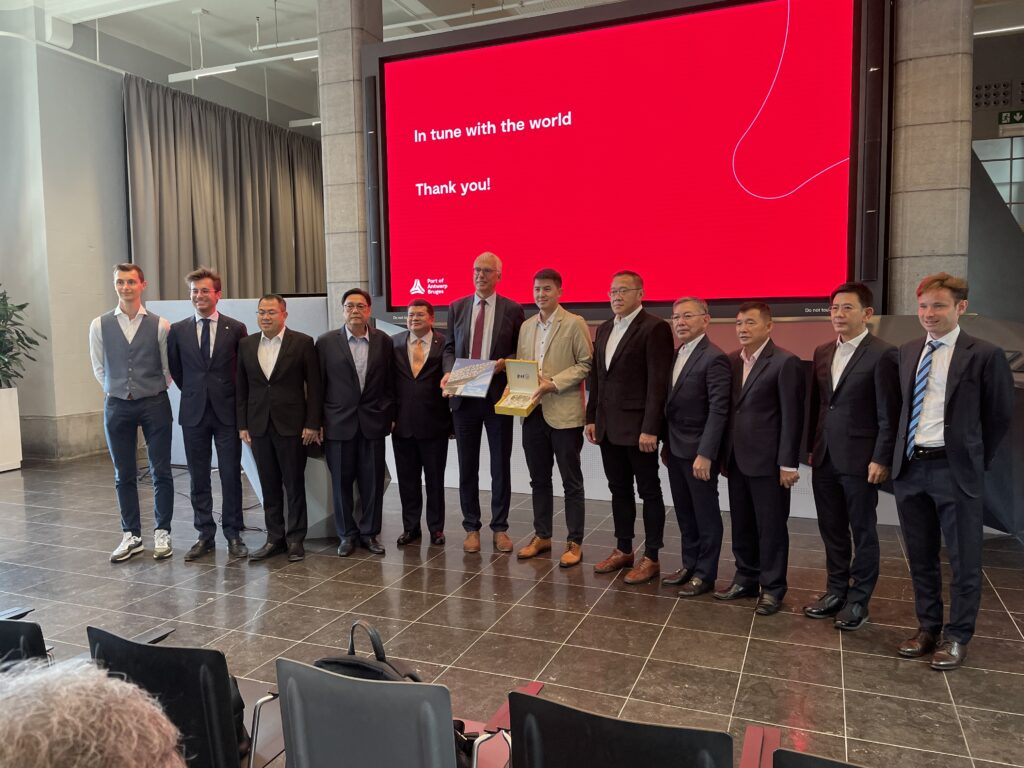 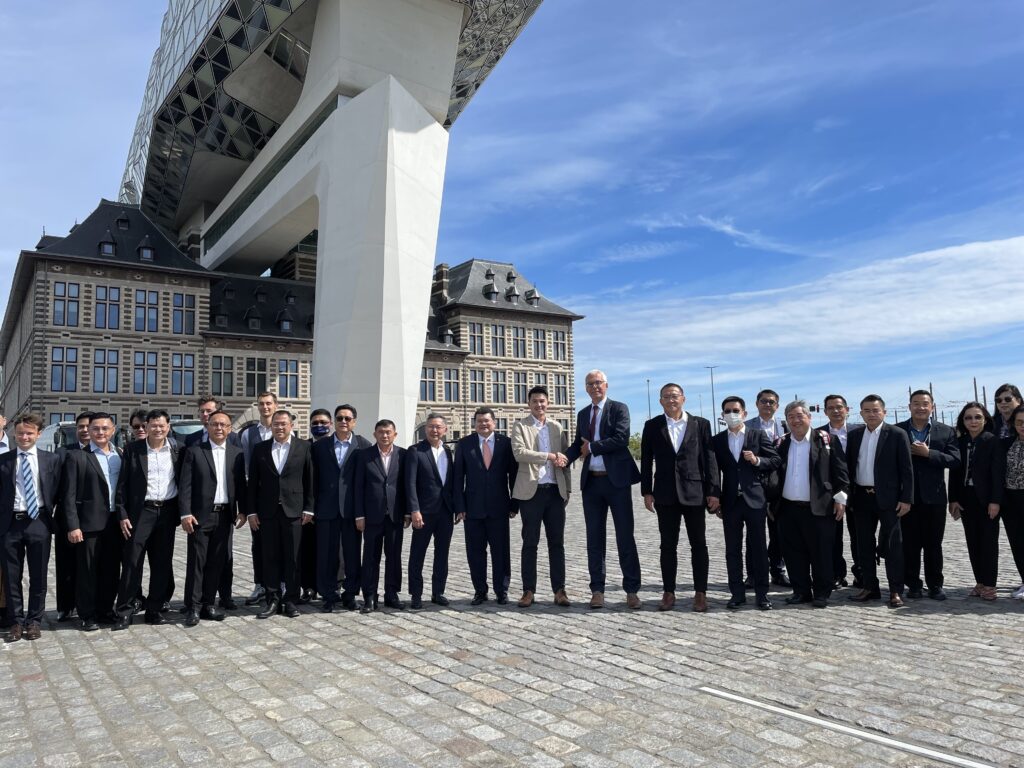 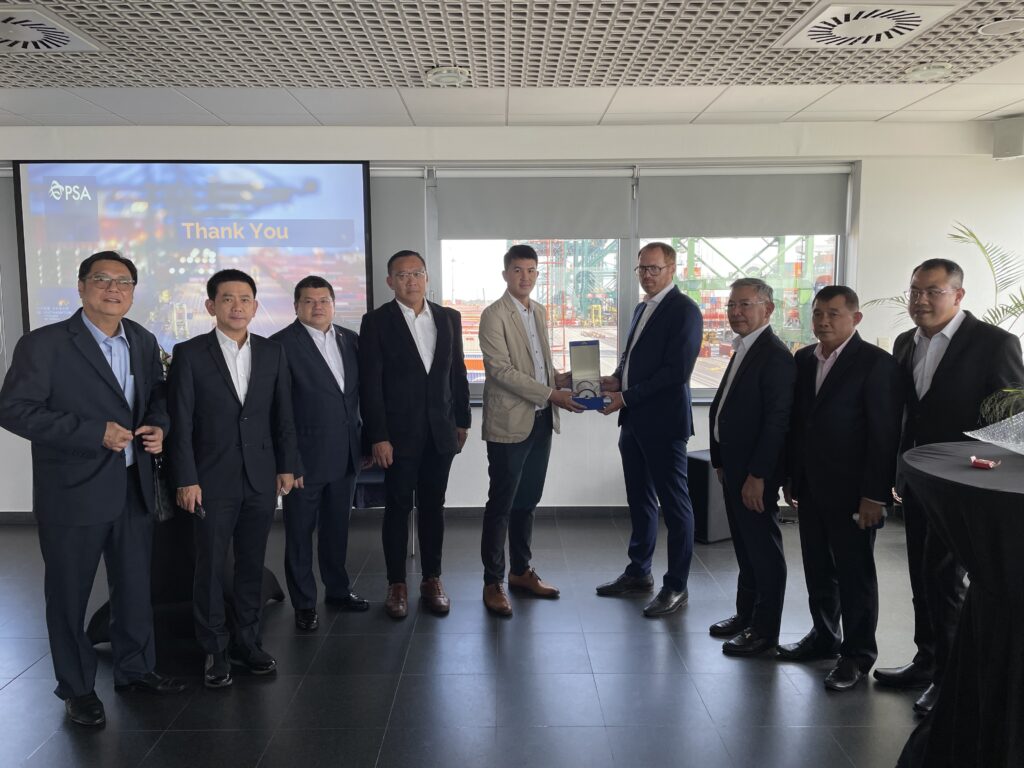 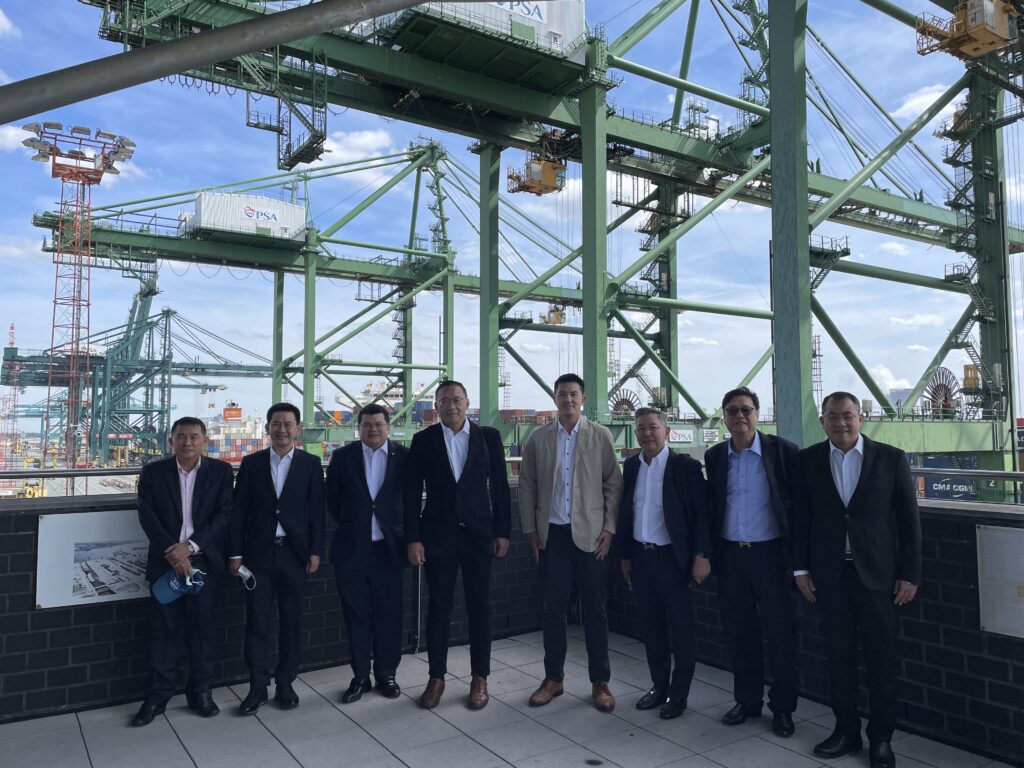 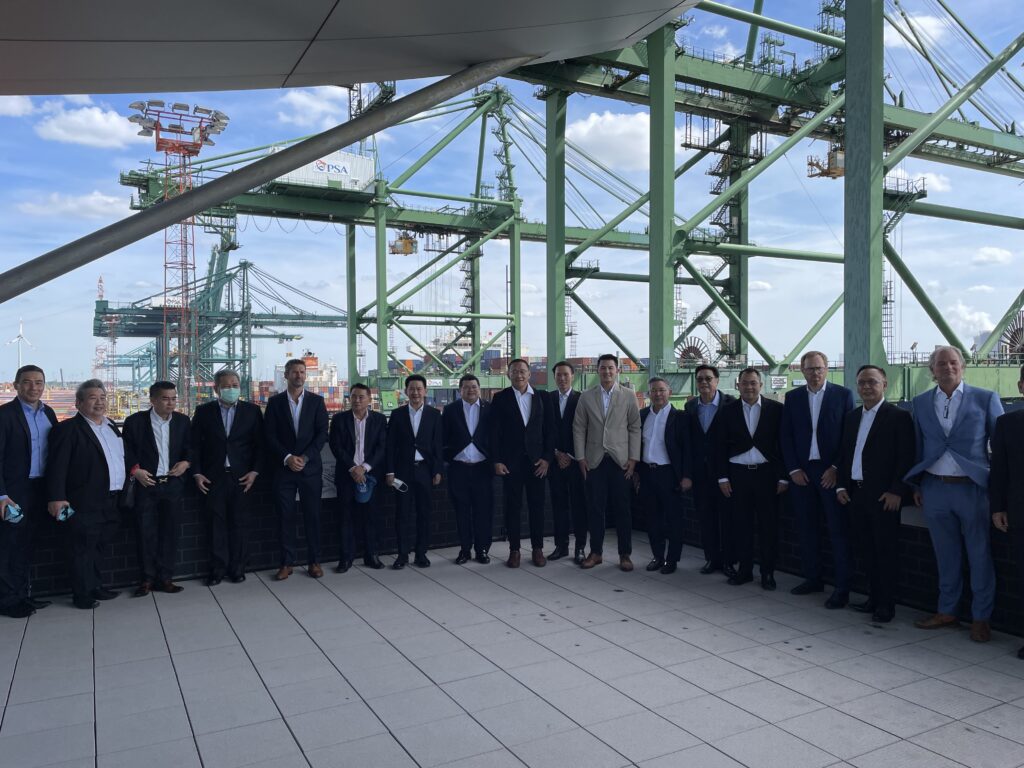